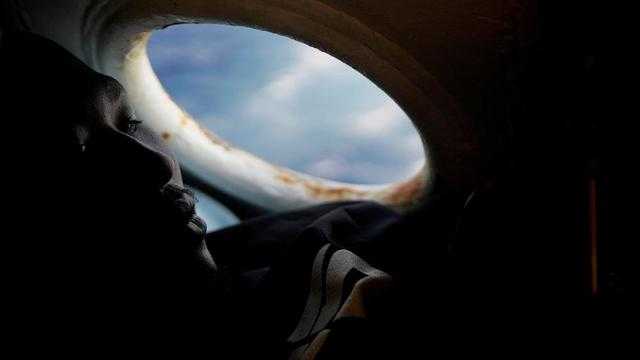 According to statistics, one in ten Germans is considered highly indebted and in the long term is unable to repay the debts. Some people think in this situation, emigration or a fresh start abroad. But moving abroad is rarely a solution, and emigration without financial resources is almost always doomed to failure. In addition, the debtor must consider the numerous legal consequences. What pitfalls lurk, I explain in the following:

May one emigrate at all?

Even with debts one may emigrate, everyone may freely determine his place of residence. But the debt also remains abroad and can be driven there, depending on the country. For example, within the EU there is a European Enforcement Order , which is automatically recognized by the other member states. So, if you move to another EU country, you automatically take along your debts. The debts are then possibly collected by a local collection agency.

Cutting off is not a solution either!

Some debtors also think of escape: So a move abroad, without telling the creditors of the new place of residence. This is morally questionable. However, one does not have to declare the new place of residence in Germany when deregistering in Germany. Logically, it is then difficult for the creditor to execute a foreclosure and is worthwhile only at high sums. Debt collection agencies also have opportunities to track down people abroad (eg via registration and voter register, web search, etc …).

What happens to the debt?

But even if you submerge and go undetected, through the flight the debt mountain does not disappear in Germany. The creditor can obtain a debt in court in this case and the claim becomes statute-barred in Germany after 30 years!

If the debtor eventually returns to Germany, he faces an even bigger mountain of debt. Incidentally, a return to Germany is not as unrealistic among emigrants as many think. Many emigrants fail and are forced to return to Germany someday. As a result of the interest and surcharges, the debts continued to rise during the absence; if necessary, the creditor filed a criminal complaint for fraud. Even an arrest warrant may even wait because the debtor has failed to file the affidavit (formerly the ” oath of disclosure”). The negative Schufa entry also makes it difficult to rent an apartment. Even opening a checking account or signing up for a mobile phone contract can be a problem. Escape is therefore no solution, better one decides for the honest variant “pay off debts”.

When emigration is still conceivable?

Germany is doing quite well economically, at least in comparison to many other (South) European countries. But not all people profit from it, since above all fixed-term employment, temporary employment and low-paid mini-jobs are booming. Even for career starters with a university degree, it is not easy to reduce the high Bafögschulden when one shifts from one long-term internship to the next.

In some neighboring countries, such as Switzerland or the Scandinavian countries, such precarious jobs are far less widespread than here. Whoever sits in the debt trap and this country sees little job prospects, can also be a “better paying job” in one of those neighboring countries, of course, apply . Higher wage levels , job security and lower taxes at the same time can help to clear the debt mountain faster. It is well known that there is freedom of movement in the EU, so visa applications are unnecessary and relocation may not be more expensive, as in Germany. Of course, such an emigration makes sense only with a concrete job offer and a signed employment contract, as jobseekers may not receive social assistance and the cost of living in these countries is much higher than in Germany, so that you can only slip deeper into the debt trap without a job.

Outside the EU / Europe, visa requirements are much stricter. For a work visa you often have to prove a special qualification (eg graduation, completed vocational training), need a concrete job offer or must have language skills and financial means etc …. The way to the visa is correspondingly lengthy and expensive. As a result, traditional emigration countries such as Australia , Canada , New Zealand, or the US are generally unsuitable for borrowers despite potentially attractive job opportunities.

There are also visa barriers in exotic third world countries. In addition, the job perspectives are usually so bad that emigrants need reserves or only have prospects as self-employed. And without money, life there is a lot harder because there is no social network like in Germany.

Emigration does not mean that you suddenly lose your debts. Even those who live and work abroad have to pay off their local loans. One should therefore exhaust all possibilities in advance (debtor advice, agree with creditors installment plans, rescheduling * to personal bankruptcy **.) And first try to become debt-free in this country.

* Debt rescheduling: A loan remanence makes sense if the interest rates of current loan offers are more favorable than those of your existing debt. You can also reschedule if you have taken out several loans. You can save interest and improve the overview of your finances when you combine the loans.